0
was successfully added to your cart.

Everyone should learn basic time steps! 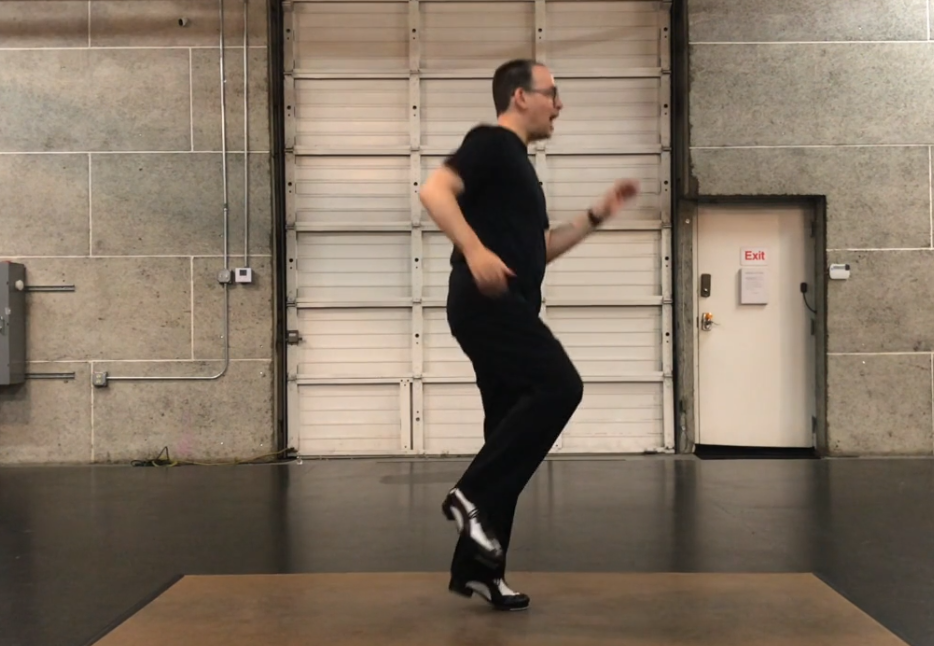 Time steps are a basic part of the tap dance vocabulary. They come out of the Buck dancing of the 1800’s and although “rhythm tappers” are rarely found doing basic time steps these days (at least not without a bunch of fun complications and variations) time steps are still foundational to tap technique and typical steps in a musical theater setting. Everyone should learn basic time steps.

“The time step is executed in as many ways as there are tap dancers.”
Jack Donahue

There are countless time steps and modifications of time steps and you can feel free to invent your own but there are several time steps that most people know. If you walk into a musical theater audition and someone says, “Do you know time steps?” what they usually mean is a basic, traditional single, double or triple time step.

All of us alter traditional steps and that is great. We can tweak and mess with any step we want to, especially when we are bending tap vocabulary to our tastes to build choreography. Anything is changeable and this goes for time steps, too. We can do with them what we will – but this is different from knowing how to teach or dance a basic traditional time step correctly. Modify all you want but teach the basics correctly.

Here’s my example: say you have a show on the Cooking Channel and your are dedicating one episode to how to make a basic pomodoro sauce. It’s your show so you decide to swap the tomatoes for oranges. (This sounds unappetizing to me, personally, but it’s your show) If you keep saying pomodoro sauce about your weird orange recipe and offer no explanation about how you have replaced the tomatoes with oranges then you are misleading people about what pomodoro sauce is because you don’t have a pomodoro sauce. You have an orange sauce. By all means make your weird sauce but be clear about the changes you have made, call it something like “No Tomato Orange Pomodoro Sauce” or something that isn’t misleading. Be clear about what is correct and traditional and what you have modified.

Modify all you want but teach the basics correctly

Think about it like this:  If I teach my newly invented “Wing on 1” time step to someone and tell them it’s a “single” and then they show up at an audition and they do my Orange Sauce Time Step as a single and get told to leave in the first cut, they will be very upset with me. Modify all you want but teach the basics correctly.

There are lots of different time steps

There are other super basic time steps that are perhaps a little less danced but still traditional and worth knowing. Just off the top of my head there are:

And for all of these time steps there are modifications, as well. You can alter the beginning. You can add cramp rolls and sneak in extra heels. You can replace hops with heels and on and on and on.

And all of this talk of singles, doubles and triples is aside from a different category of time steps that comes from the great John Bubbles. Rhythm time steps. They typically take 2 bars (a count of 8) instead of 1 bar (4 counts) like the singles, doubles and triples we’ve been discussing. These rhythm time steps are super swinging and come with their own series of modifications, too. I enjoy these time steps quite a bit because they groove nicely and can be tweaked in a zillion fun ways.

There is a Basic Time Step course on Tap Academy Online. In it you will learn to dance basic, traditional single, double and triple time steps correctly. You will also learn some basic modifications like starting with dig brush and stomp brush instead of shuffle. Then we get deeper into the modifications like dancing the time steps both straight and swinging, not changing sides and extending them to take twice as long as a traditional single, double and triple.

In the style of Bill Robinson

In the Basic Time Step course, once we learn a basic triple time step and then modify it to not change sides, we learn Bill Robinson’s famous break that he does in lots of his choreographies. Generally speaking, Bill Robinson’s dancing contains lots of time steps and elements of time steps. This is most likely due to the period in which he grew up and learned to dance. He was born back in the 1870’s and was already well established in vaudeville by the beginning of World War I. (That’s around 1914 if you forgot your high school history!)

In future Tap Academy Online courses we’ll get into lots of additional types of time steps and modifications. There is so much to talk about with time steps!

Why are they called time steps?

The most plausible explanation I’ve heard is that time steps were intended to mark time. Say it’s 1920 and I’m a tap dancer. I could walk out on stage in a vaudeville show, for example, and start dancing time steps to give the tempo to the orchestra leader who could then count in the musicians. As the song begins I would shift seamlessly from my time steps to my choreography. Time steps as a way of giving tempo.

Everyone should learn basic time steps

So whether you are a musical theater lover who likes Gene Kelly or dancing like in the Broadway production of 42nd Street or you lean toward the old-fashioned 1920’s, jazz era steps like Bill Robinson or you are a hard core tapper who adores the style of John Bubbles, having these time steps in your toolkit and understanding how they work is smart. You’ll ace musical theater auditions and also be able to tweak and manipulate them to suit your tastes and choreography.

Want to read a little bit more about time steps? In my university history course, I rely heavily on the the book “Jazz Dance: The Story of American Vernacular Dance,” by Marshall & Jean Stearns. In the book there is a chapter on King Rastus Brown that talks about time steps and ties in Bill Robninson, as well.

Now that we’ve had this discussion of time steps, how about coming to learn tap dance online with me? I’ve taught and performed all over the world for decades, have danced with the best of the best and trained countless tap dancers, tap dance teachers and dance studio owners. I can get you not only doing these basic time steps but really understanding them, as well.

Please check out Tap Academy Online to learn how to tap dance online with high-quality technique, exercises, choreography, music theory, improvisation and more! The Course Categories page will give you an idea of what you’ll be doing once you subscribe to the site!

(As a parting thought I’d just like to say that having orange pasta sauce is seeming more and more like a bad idea to me. I’m sorry I even brought it up!) 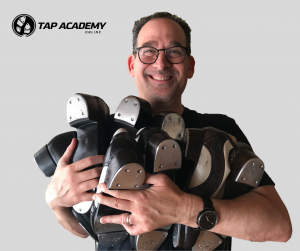